With an urban population of more than 4 million people, Athens – the capital of Greece – is the 4th most populous capital in the E.U. with a large, modern mass transit system to serve the needs of residents and visitors. It consists of:

You can use the public transport network of Athens using the ATH.ENA TICKET and ATH.ENA CARD.

ATH.ENA TICKET is the new ticket used for Athens transport. It is made of paper, slightly larger than a standard ticket, but also includes an RFID tag so that the transactions (issue-validation) are done wirelessly.

ATH.ENA TICKET is not a one-time ticket. It can be “recharged” again and again with any of the available fare products through ticket offices or automated machines and used for journeys until it gets damaged.

ATH.ENA CARD is a plastic rechargeable card that can be used many times.

There are 3 new types of Athens Transport tickets and cards:

The Ath.ena Ticket at a glance:

The anonymous Ath.ena Card at a glance:

The personalized Ath.ena Card at a glance

All of the above types of tickets

Useful tips for the electronic ticket 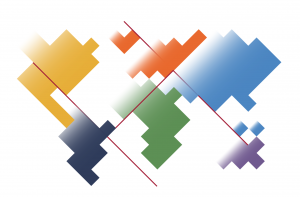 CHS Greece at the 4th annual Worldwide Week at Harvard

A student guide to Greek culture